Thoughts on the Anglican Church of North America. 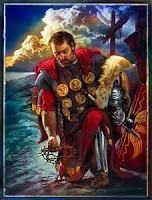 The Anglican Church of North America is an attempt by “orthodox” Christians of the Anglican persuasion to coalesce into a single group.

There are various problems with this approach, the first being the Anglican Church model was based on a national church, not a continental church. One of the tenets of Henry VIII’s formation of the church was that all decisions affecting Englishmen would be made in England, not outside the country. This presents a problem when one includes Mexico and Canada in the church. No matter how small the population they should either be missionary dioceses or alternatively a national church for that country, if only one parish.

In the second problem is that a national church implies like-minded people. The Anglican church has been renowned for its open-mindedness. It appears the big tent does not is not big enough to hold all the camels which will stick their nose under the edge.

While they accept the 1662 BCP as standard, they do not require a change in the use of whatever prayer book the people had been using. So, we are faced with one group of people using the standardized 1928 prayer book and a method for using the 1979 prayer book with women priests. This is clearly unacceptable to many, including this writer.

Based on comments from Canadian bishops involved with the formation of the Anglican Church of North America it is clear that homosexual ordination and women bishops is on their slate.

This Anglican that wants no part of the Anglican Church of North America. He is willing to, in fact would welcome, a coalescing of like-minded people, however unlike minded people coalescing together simply results in a new TEC.