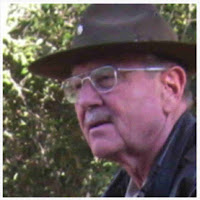 Today is Memorial Day, a day set aside to remember those members of our Armed   This is not a day to thank a veteran, probably it is the only day of the year that it is not the day for that.  All veterans heard the country’s call and answered.  They were not those who would not hear.  But, those of us here today are the fortunate ones, for whatever reason we made it back.   In my case after 30 years and two weeks of military service with the Navy and Air Force, thirty-five percent of the people I flew with did not make it back one way or the other.  They are the ones we remember today, they paid the entire bill for our freedom.  Well, maybe not all the cost.
Forces who made the ultimate sacrifice, without whose sacrifice we would not be free.

When we think of Memorial Day, we remember the young men and women who since the beginning of this great nation answered the call of freedom when our country was in peril, rode into battle and did not return.  We honor those who lost their lives in training, transit and combat.  But, we often forget the families they left behind; mothers, fathers, wives and husbands, sons and daughters, brothers and sisters.  Each of them bore a portion of the cost of freedom.  This cost is not a one shot deal.  Those who remain behind pay every day of their time left here on earth.  The cost of freedom is high, very high.  It is just cheaper than not being free.  But, it is payable on demand.

If you want to know what freedom costs, ask our Presiding Bishop. Jerry Ogles' younger brother Kenneth Wayne Ogles joined the National Guard at age 17 and immediately transferred to the active Army’s First Cavalry Division.  He wanted to make a difference, to do his duty to God and Country and protect the innocent people of South Vietnam.  Ken was killed in action on 16 February 1967, in the Ia Drang Valley, in the Binh Dinh Province, South Vietnam, with the First Platoon of C Company, the First Battalion of the 8th Cavalry, First Cavalry Division at the age of 19.  There is not a day that has gone by in the intervening 49 years that Jerry and his family did not measure the cost of freedom.  Remember Kenneth the next time someone wants you to give a little freedom for the promise of safety or comfort.

I do not know how many ways to say it, but FREEDOM IS NOT FREE; it is the most costly commodity on this earth, except for not being free.  That costs more. 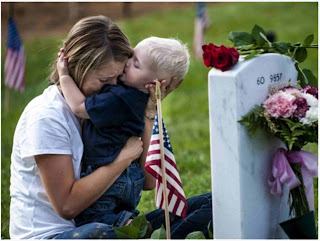 Memorial Days[1].
ALMIGHTY God, our heavenly Father, in whose hands are the living and the dead; We give thee thanks for all those thy servants who have laid down their lives in the service of our country. Grant to them thy mercy and the light of thy presence, that the good work which thou hast begun in them may be perfected; through Jesus Christ thy Son our Lord. Amen.

It seems to me that Memorial Day is one of the saddest days of our year.  This is not because of the cost to our country, in particular the families who remain behind, though that cost is huge.  The reason the day so sad is that the people have absolutely no feeling for the cost of the freedom they value so little today.

Our country is free today because when our freedom has been threatened by those who would overturn our way of life, patriots stepped forward to take action against our country’s foes.  They put their lives on the line that we might be free.  Tomorrow on Memorial Day, we remember those whose lives were given, whose families paid the price for our freedom today.  They did not give their lives for anything but freedom.  If you ascribe their motives to other motives, you do so at your own peril.

Hundreds of thousands have given their future and the futures of their families’ for ours.  Charge your glass, raise it high.  Drink to them.  Give thanks to God for their patriotism and steadfast courage.

A final note to each of you veterans reading this report, each of you stepped forward when the country called.  You heard the call others could not.

We are the lucky ones, we are here.  We must never forget the cost of freedom, dearly paid by those who have gone before us.

To my fellow veterans, I thank each of you for stepping forward and I am grateful you are all here with me to remember.