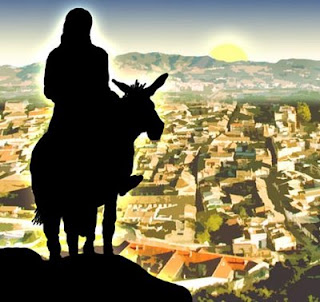 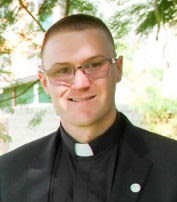 Then, consider how much God valued His Son and how much He values us that He sent His Son here to teach us to guide us, to love us, and finally to give His Life for us that we might be free from the bonds of sin and death.  As Paul points out He humbled himself to a commoner’s death, and not just that of any commoner, but that of a thief. He effectively took our place physically on the cross, physically in the sense that we are sinners, and as Paul points out in Romans, the wages for sin is death. Jesus effectively replaced us and took the wages for sin on our behalf so we might have everlasting life. Consider how much He valued us then, then consider how much He loved us that He sent His Son to die that we might have everlasting life.

With His sacrifice and the help of the Holy Ghost being breathed into our hearts and spirits, we too can be a part of His Resurrection. We will, in a way, be a part of our own resurrection. Our old, selfish selves will die and be replaced by our new better selves, following Paul’s New Man theory.  To accomplish this, we have to stop our sinful behavior and replace that behavior with more Godly behavior. In other words, we need to act like God would like us to act and treat our fellow men and women in accord with His Will.

Jesus has set the ultimate standard for holding to God’s will. Through the entire Gospel you see His entire ministry as actions. Not just nice words, but He actually physically acted and lived up to the nice words He spoke. He expects us to perform in the same manner, not just talking the talk, but walking the walk. It is one thing to say you are going to do something, it is quite another thing to actually perform those actions.  Before you perform any sort of action, take a moment and stop and think about it. Ask if it is what God wants, if it lives up to something Jesus would do?  If it isn’t, then don’t do it. If it is, then do it.  If we are certain in our beliefs in the Gospel and know the concepts of the Gospel, we will translate that certainty into our actions which will strengthen our faith.

Jesus knew what was coming up and where, how and when He would die. He knew it was going to be a physically and spiritually painful death, Yet, He also knew this was God’s Will that we might live.  If He did this for you, how can you not follow Him wherever His Will takes you? And remember His Example, that He knew there would be physically and spiritually painful consequences yet acted anyway. He is the ultimate example for us to follow in perilous situations.

Recall Jesus’ triumphant entry into Jerusalem on this day so many years ago.  Only Jesus knew of the upcoming crucifixion, everyone else, including Jews, Romans and His followers, thought he was making a triumphant entrance in to the city to take control of things and kick the Roman occupation force out. It was almost a full moon, this was the year of the Messiah according to Daniel.  The natural events were lining up as Scripture had predicted which preceded the arrival of the Messiah.  Jesus chose the route into the city, through the King’s Gate.  The people saw Him coming and met him at the Mount of Olives.  When He came in through the King’s Gate, the people were expecting to see their future earthly king. However, they were incorrect, who they were seeing was and is their heavenly king. Jesus had no intentions of establishing a Kingdom of this World. He was looking for followers for the Kingdom of the Next World, of Heaven.

Sunday was a day of triumph and fulfilled the anticipation of the Jews of a day for which they had waited four centuries.  The Messiah had finally come, at the time predicted by scripture.  They were certain He would free them from the burdensome and cruel yoke of Roman rule.  The Jews would finally be on top of the power pyramid.  They would rule the world under Him!  As the week went on, they found that was not to be.  He did not come to rule this world, but to bring us to His World. He came to give them the key to eternal salvation. This is a far more important gift than to have power temporarily and for a short time. This is more precious than any earthly jewel, riches or rainment one can ever find here on planet Earth. He came to take them from this veil of tears to a state of perfect freedom.  They wanted someone to throw the Romans out and all God sent them was the key to eternal life.  What a disappointment!  But to us, it is not a disappointment.

It is a gift of great joy, the fact is we should be all rights dead and headed for the pit, instead headed to a kingdom of joyfulness and laughter and all pleasant things, and a world that will be far better than our pitiful shadowland here. This is indeed the most valuable of all gifts we will ever receive in our lifetime.

By the way, the Chief Priests, who had so much invested in their 613 laws, likely searched far and wide for the crowd to convict Jesus of the crimes they imagined against their system.  Their system, not God’s.  Remember, there are none so blind as those who will not see.  They would not see because what was being shown to them was a new way that would interfere with their comfortable way of living.  A new way that asked of them, no demanded of them, accountability unto God for their actions.  Know the crowd was not a self-forming group naturally set on condemning Jesus, but a handpicked gang.  At the same time, many of those in the crowd who condemned Him the morning of Good Friday were in the crowd that welcomed Him to Jerusalem on Palm Sunday.  What a difference five days can make.