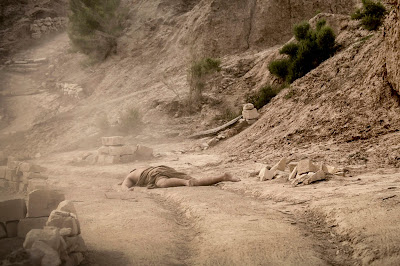 Sermon – Reverend Hap Arnold - Time and Action
Church of the Faithful Centurion - Descanso, California
Today’s sermon tied the Collect, Epistle and Gospel together and talked, as is oft the case, of the need for action, not simply diction. 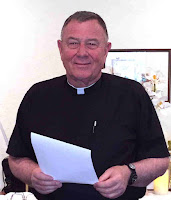 Consider the words of the Collect:  “…whose only gift it cometh that thy faithful people do unto thee true and laudable service; Grant, we beseech thee, that we may so faithfully serve thee in this life, that we fail not finally to attain thy heavenly promises…”

In our prayer to God, we acknowledge that His greatest gift is that we are, through Him, able to give Him true service.  For, it must be understood the only way we can really be happy is when we align our being with His Being.  We must be truly aligned, not trying to get around by using loopholes.  There is a big difference.  We are trying to live by the Big Picture and not worry about little things. Sometimes that is easier said than done.   But it must be done nevertheless. How do we accomplish this? First, we must trust God in our hearts, souls and minds. Then, we can love Him with all our hearts souls and minds, this creates a solid foundation for serving Him laudably throughout the rest of our days. This is the Summary of the Law.

To serve him, we have to truly love Him with all our hearts, souls and minds and to “love thy neighbor as thyself.”  This is the first step to following Him. This is a follow on to last week’s message. This is because the Bible echoes itself at various points, especially in the New Testament. There are many repeating themes in the New Testament; this is one of them. We need the help of the Holy Ghost in order to love Him with all of our hearts, souls and minds, so we need to ask Him into our hearts; only then can we truly love Him with all of our hearts souls and minds. Then, you have to act upon your trust in Him. If you trust Him as a spiritual parent, then just like with your earthly parents, you will take His advice into consideration when acting. It will be like whenever you make a big decision in later years, you think of what your parents would counsel. So too will you think of the counsel God as your spiritual parent would provide.  In the old times, God had to prepare the people for the coming of Christ. So, the Law of the Old Testament was an intermediate step to prepare people for Jesus. People had to be trained to follow the basic moral laws, before they could even comprehend the message Jesus gave.

If we do what we should do, we will follow the little rules as a matter of course.  If we get the important things, the little things will follow soon after. The only rules that are important really come from:

As Jesus says, “On these two commandments hang all the law and the prophets.” He means all of the moral laws and preaching of prophets past can be traced back to these laws, which comprise the basis for all of the laws that would follow thereafter, especially the Ten Commandments.  The 613 Mosaic Laws can call be traced back to these two commandments. They are the basics of the Christian faith; there is no way to get around these two and be within the spirit or the intent of the Law.

Trying to follow the Law failed to solve the problems of the people it was designed to help. This is because the people spent their time thinking about how to get around technicalities which is different than doing what is right. Complying with the Law is a different matter than finding loopholes around the Law. The Pharisees did the latter, and we should do the former.

In California, we have this law called The Basic Speed Law. It says you should drive no faster than is safe. If there is a section of road posted at 25 miles per hour, but it is really safer to go 15 mph, which is complying with the intent of the law? It is the same with trying to go around the intent of the Law. We cannot honestly say we are doing something within the spirit of the Law, when we are only doing lip service to it. We must be within the intent or spirit of the Law, rather than trying to find ways around the Law.  Follow, not avoid.

In the Epistle, we are reminded God chose Abraham not because he complied with The Law, for the Law was far into the future. God chose Abraham because he had faith, put his trust in God and desired to follow Him. These characteristics are to be a model for us as Christians. Have faith and put your trust in God and desire to follow Him to the best of your abilities.   The Law was an aid to man to help him be better when he had difficulty following God’s Will.

If we do the same and put our trust in God, we will be able to perform the laudable service He so desires for the rest of our days. We have to keep this continuous process of faith and trust going. The best way to do that is to learn and absorb the Scriptures as a whole, to see the large picture of what He wants for us. The Law is a small part of the large picture, when we see how it ties into the New Testament, we have a far better understanding of what God wants in our lives, as individuals. Once you see how it fits into the larger picture, then you can see how your actions are part of the much larger picture of God’s Plan.  That is to follow the Great Commission, to spread the Gospel of our Lord, which will improve the lives of those who truly believe upon Him and bring true Happiness throughout the globe.

However, not everyone on the globe will follow Him, and they will not be truly happy as a result. An example of this are the Pharisees; religious lawyers who specialized in the 613 Mosaic Laws, which brought them death, not life.  Their job was to help people not break The Law without unduly interfering with their lives by forcing them to embrace the intent of The Law.

When the Pharisee of the Gospel asked Jesus what he should do to gain eternal life, the Pharisee correctly summarized The Law: Love God; Love your neighbor.  He would have been fine had he stopped there. But, he had to show the Son how smart he was.  In doing so, the lawyer was about to learn the first lesson of lawyering, ‘Never ask a question to which you don’t know the answer.’  So, he asked, ‘Who is my neighbor?’  The answer, of course, is everyone but you; the rest of humanity.  But, as was often the case, Jesus presented the story of the injured man helped by the Samaritan, then asked, Who was neighbor to the injured man?
The priest and the Levite would not see the injured man; there are none so blind as those who will not see.  They could or would not follow the second commandment of the Summary of the Law, of loving they neighbor as thyself. Whatever the reason it ended in the same result, they turned their heads away and walked by not even thinking of the injured man and his suffering. They were too prideful to see the truth of loving they neighbor. They were too wrapped up in the riches and cares of this world.

The material things of this world are temporary and they have blinded and ensnared many. This is the reason the Jews have not yet come to Christ and will not come to Christ. They care too much about the symbolic rituals of their Temple and are blind without the Holy Ghost. They are very much like many churches of today in that respect, caring about their position on Earth more than following God’s clearly stated will.  Focusing on this world, which is only a temporary state, is a foolish and fleeting thing. Things on this earth will corrupt and rust and pass away; but things in Heaven and life in Heaven will never corrupt and pass away. We should focus on things eternal, not on things temporary.  What they should focus on is their eternal life. While they claim to know the concept of Heaven, they truly do not know it or believe in it per se.  For it is action that demonstrates and validates claimed belief.

Those Jews cared only about not breaking The Law on Earth and hoping that flawed concept would bring them salvation. No matter how they followed it, they could not obtain salvation on their own. The missing link to their solution was one that has been here since The Creation: Jesus Christ. They are searching for Him, but they cannot find Him, as He is right under their noses. He is right in front of them, but they will not see Him as their Messiah. So, they are doomed to always looking for Him, but never being able to find Him until they open up their spiritual senses. This is the problem with the World as well. They search for the answers He provides, but they will not acknowledge Him or His solutions.

The world would be better off if they learned the lesson the lawyer learned in today’s Gospel. You will also note the Samaritan, one of those separated from the chosen mass of Judaism, did his duty. When he left the injured man at the inn, having given the innkeeper roughly two days wages, he said, “Do what need be done, if I owe more I will pay when I pass by next.”  You will note, he put no limit on his duty, he just committed to doing what needed to be done, regardless of cost.

The lawyer to his credit answered honestly, “He that shewed mercy on him.”  Jesus told him, Go, and do thou likewise.