Message from the Presiding Bishop 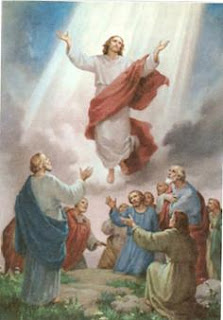 We live in an age of sensationalism and fantasy which often passes, among the naïve and spiritually gullible, for reality. On today’s charts there are books and DVDs claiming their authors to have made visits to either Heaven or Hell, and then returned to tell us of the fabulous experience they enjoyed there. Unlike the writings of CS Lewis such as The Lion, the Witch, and the Wardrobe, which derive from higher Gospel truth, these fables have no authority in biblical truth and openly violate that truth.
The modern apostate churches have ventured into like error and open defiance of Gospel truth. Is there nothing sacred to the spiritual scoundrels of our day – not even Heaven itself? Reflecting on that great Creed of the Church, whose every claim is profoundly biblical, we aver Sunday after Sunday that Christ is the Son of the Father who came down to us by assuming a carnal body through the agency of the Holy Spirit and the Virgin, lived a sinless life marked by miracles and holiness, died a substitutionary death on the cross for our sins, was buried, and rose the third day according to the scriptures. He ascended into Heaven and sitteth on the right hand of God the Father. Do we believe this? Do we believe that Christ is uniquely the Son of the Father. Do we believe that his descent and ascension distinguish Him from all us mortals? Or was Christ wrong in His description of Himself as the Bread that came down from Heaven? If we believe Christ (and our mortal souls depend on that belief), He is the only Man who descended from Heaven and ascended again. If we believe, then all the popular claims of the sensationalists are egregious lies from the pits of Hell.
Christ is distinct and different in His Office as Son of God and, even Himself, very God. He descended for us mortals, and ascended on High where He intercedes for us with the Father. And He will come again in like manner of his ascent to receive His Bride, the Church. Where will we own our estate if we have not believed in the immutable Word of God for He it is who bought and paid for us.
At this Ascensiontide, let us reaffirm that biblical faith once delivered to the saints and reject the fables and myths of ungodly men.
IN THE NAME OF THE FATHER, AND OF THE SON, AND OF THE HOLY GHOST. AMEN.
The Most Rev. Jerry L. Ogles
Presiding Bishop
Anglican Orthodox Church
Posted by Hap at 12:03 PM