Sermon – Reverend Jack Arnold - Time and Action
Church of the Faithful Centurion - Descanso, California
Today’s sermon tied the Epistle and Gospel together talked, as is oft the case, of the need for action, 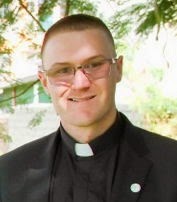 not simply diction, the general content is in forewords above.

Consider the words from the Collect, wherein we ask God to give us … the spirit to think and do always such things as are right; that we, who cannot do any thing that is good without thee, may by thee be enabled to live according to thy will …

This is kind of a follow-on to last week’s Collect.  We are asking God to give us direction that we might know right from wrong and follow the right way.  If we listen to our hearts and minds, like the aviator, mariner or adventurer without a compass, we will soon be hopelessly lost.  With the compass that God gives us, we can find the One True Way, much like the compass always points North.

This is nothing new.  As Paul reminds us we have a common spiritual past, regardless of our actual lineage.  Spiritually, we are descended from the Jews of the Exodus.  Their God is our God; their actions were directed by our God, the same God.  He was a Trinity then as He is today.  Their reality it our reality, whether we choose to understand or accept it. Our forefathers drank of “the same spiritual drink; for they drank of that spiritual Rock that followed them: and that Rock was Christ.”  Those who have gone before provide examples, both good and bad. We should aspire to follow the good examples of those who have gone before and not the bad examples that they have left behind. In this letter Paul addresses the bad and suggest we should see what their ill behavior gained them before we set our course and not after.  And, let we think ourselves ever so special, he reminds us that we are subjected to no special temptations, only those “as is common to man.”  Which is to say, common to everybody within the human race that is not Christ, which is also to say 100% of the human race. This is another example of the adage, “Those who are ignorant of history are doomed to repeat it.”  It is an old saw, but one that is as valid today as the first time it was used.

Speaking of lessons, when Saint Luke recounts the story of the prodigal son we oft think ourselves at that prodigal one returning to God so late in life.  Yet there is far more to be learned than this, the titular one.

Consider the two sons.  The older is a wonderful young man who strives to please his father in everything he does.  The younger son asks for his inheritance, now rather than later, and sets off to spend it wastefully in a far off land.  In dire straits, he decides to go home to his father and beg to be allowed to live as one of his servants.  He decides to tell his father, “Father, I have sinned against heaven, and before thee, and am no more worthy to be called thy son…”  Before he can get the words out of his mouth, his father welcomes him, gives him new clothing and calls the servants to prepare a fatted calf for a big party.  The elder son is very angry and hurt.  He asks his father what he did wrong; he followed his instructions every day to the best of his ability, worked hard, and yet his father had never even given a small party for him.  The father answered, saying, “Son, thou are ever with me, and all that I have is thine.”   It was meet that we should make merry, and be glad: for this thy brother was dead, and is alive again; and was lost and is found.”

This story, like that of the workers in the vineyard has a number of meanings.  Like the father in the story, God wants us to be His faithful child, but rejoices when we return to Him.  Like the prodigal son, we should be grateful to live long enough to return to Him.  We should recognize when we have erred and as soon as we recognize that, we should immediately return to Our Lord in prayer, asking for His forgiveness. Like the father in the story, Our Lord will warmly welcome us back with open arms. The moral of the younger son’s story is that God is always waiting for us, and if we are not late, we can always return to Him.  Today preferably rather than tomorrow! He will always accept us with opening arms, but we must make sure it is not too late. Don’t wait until you die! If you feel you have erred and strayed, repent now! Do not let the sun go down on your sins and wrath, you may not live to see another day! On the other hand, consider the oldest son, let us learn from his mistake and be joyful when our brothers and sisters come home to our family.  Let us join in the celebration and not begrudge the fatted calf.  We should not be jealous or angry when our long lost brethren return to the flock of Christ! We should be merry and joyful that they have returned to us! Do not let you anger and pride cloud your emotions like it does so many of us. But rather see a sinner coming back into His flock and rejoice in that he is no longer headed towards the Pit!