On the frigid night of 3 February 1943, the fully laden Allied ship USAT Dorchester, carrying 902 servicemen, plowed through the dark waters near Greenland.

At 0100, a National Socialist submarine fired a torpedo into the transport's flank, killing many in the explosion and trapping others below deck.

It sank in 27 minutes. The water temperature was 28°F, time of useful consciousness was measured in seconds, not minutes.  Everyone on board knew that. 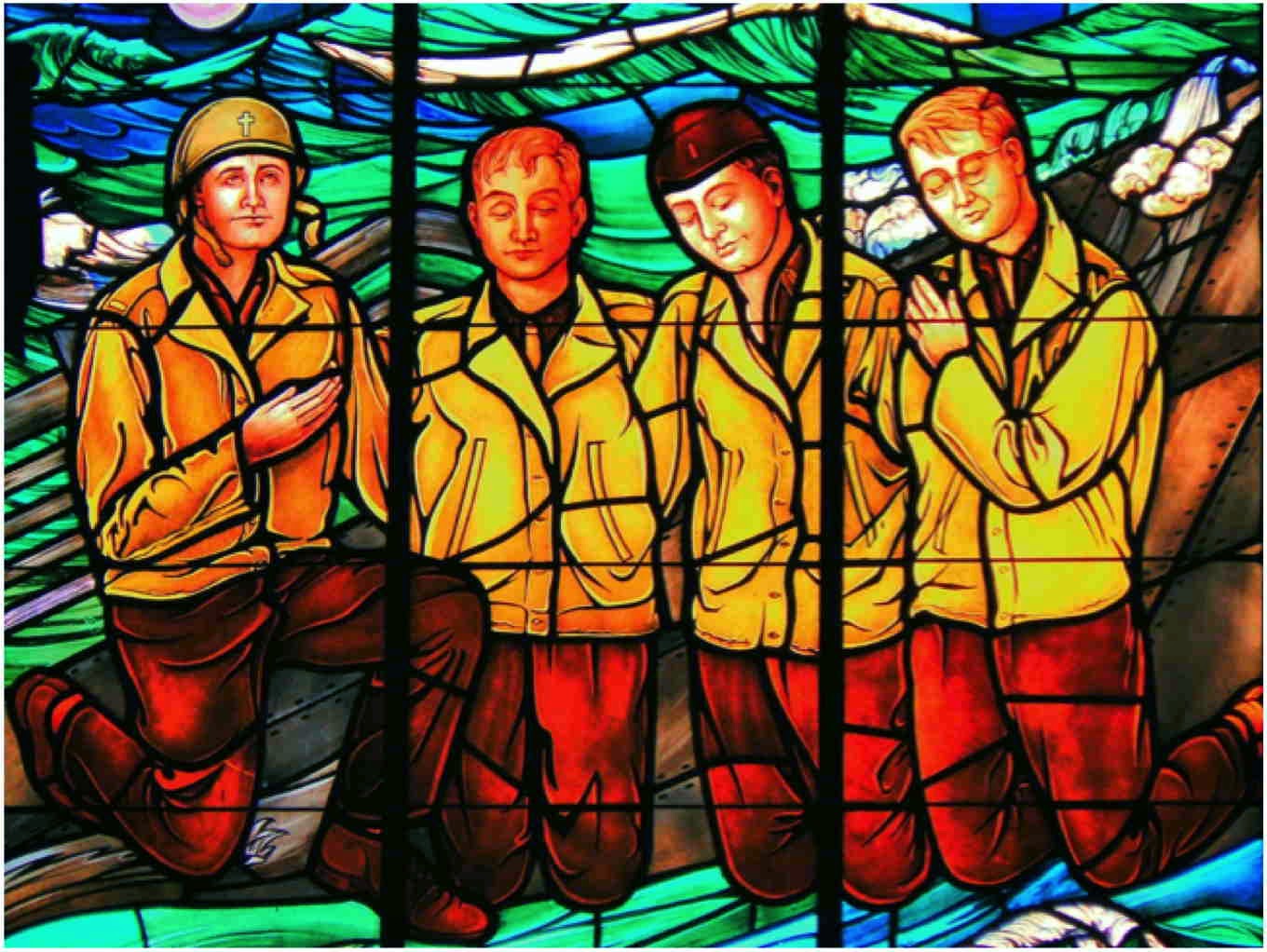 In the chaos of fire, smoke, oil and ammonia, four chaplains calmed the sailors and distributed lifejackets:

When there were no more lifejackets, the four chaplains ripped off their own lifejackets and put them on four young men.

As the ship went down, survivors floating in rafts could see the four chaplains linking arms and bracing themselves on the slanting deck.    They bowed their heads in prayer as they sank to their icy deaths.

And we remember that, only a decade ago, aboard the transport Dorchester, four chaplains of four faiths together willingly sacrificed their lives so that four others might live.   In the three centuries that separate the Pilgrims of the Mayflower from the chaplains of the Dorchester, America's freedom, her courage, her strength, and her progress have had their foundation in faith.

Today as then, there is need for positive acts of renewed recognition that faith is our surest strength, our greatest resource.   This “Back to God” movement is such a positive act...  Whatever our individual church, whatever our personal creed, our common faith in God is a common bond among us...  Together we thank the Power that has made and preserved us a nation. By the millions, we speak prayers, we sing hymns and no matter what their words may be, their spirit is the same-”In God is Our Trust.  As a former soldier, I am delighted that our veterans are sponsoring a movement to increase our awareness of God in our daily lives. In battle, they learned a great truth-that there are no atheists in the foxholes."

Quite a distance from that time and place to “Whatever we once were, we are no longer a Christian nation,” BH Obama.
Posted by Hap at 5:46 PM